Thank you for your patience while we retrieve your images.

Visitors 199
217 photos
A photographic chronicle of a wonderful event in honor of a beautiful man to benefit a very worthy cause.

For the last five years, Clarence Clemons, the legendary saxophonist and member of Bruce Springsteen’s E Street Band, had served as host of Home Safe’s annual fundraising initiative – helping to raise considerable amounts of money to aid abused children and victims of domestic violence. Sadly, he passed away suddenly and unexpectedly in June from complications of a stroke.

I had the pleasure of capturing photos of this benefit concert last weekend as the band photographer. Each photographer has their own vision that they bring into play when they shoot. For me, there is more to an event like this than just the up-close images of the featured artists and esteemed speakers. All involved – musicians, artists, speakers, venue, and all those behind the scenes – gave 100% of their performance and effort to make this event the success that it was… a true tribute to the man and one of his cherished missions.

The panorama shots from the event give you a taste of the big picture… a visual of the event on a grander scale. 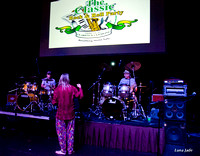 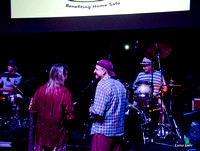 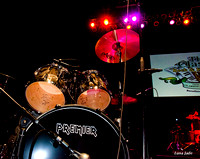